The Mindship Foundation was created in 1996 with the purpose of establishing an international collaboration and communication forum for artists and researchers, coinciding initially with the city of Copenhagen, Denmark's reign as Cultural Capital of Europe during that same year. The first project was "Third Culture Copenhagen" which included 3 separate seminars with about 70 participants over a 3 month period: "Map the Mind," "Order Complexity and Beauty," and "The World-View of the Third Millenium." These seminars were held in a wonderful old building at the historic naval base called Holmen. It housed a light-filled meeting and presentation room called "The Blue Room" (because the floor was painted a luminous dark aqua color) where all of the talks were held, computer facilities for the participants to continue their work, offices for the staff, and dark interior rooms used for media projection and art galleries. It also had a Canteena where participants could eat together and socialize with the public (for a while becoming one of the "hottest" restaurants in the city), and a large, high-ceilinged room with long, vertical windows called the "Kettlesmith," where public lectures and performances were held. Tor Norretranders, the founding director of the Mindship, interviewed most of the participants for a series of television programs, and produced publications (including this one) based on it. The Mindship now stands as one of the best, if not the best example anywhere and at anytime, of art-science interaction. As Mindship International, it now has ports in other countries, including in the United States in Orono, Maine, where the headquarters are located, and at the University of Southern California's Annenberg Center for Communication in Los Angeles.

Group portrait of the Mindship participants in the Blue Room

The Concept of Complexity 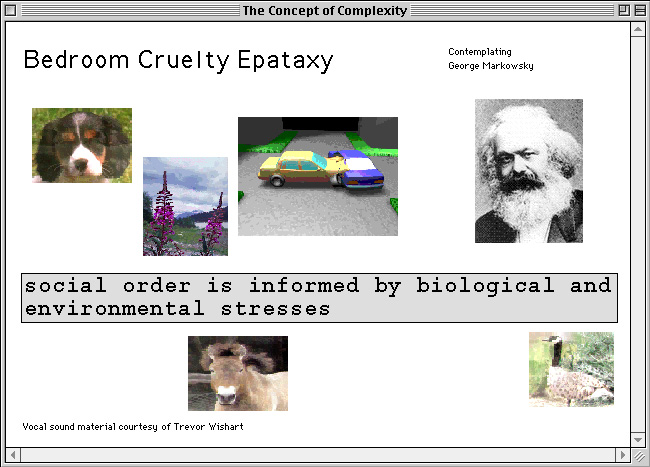 Crashing cars:
a metaphor for the complex relationship between artists and scientists

The Biology of Beauty

Face morphing:
Is the notion of beauty a cultural phenomenon?


The Beauty of Boundaries

Installation at the Annenberg Center for Communication (ACC)
University of Southern California, February 7-8, 1998 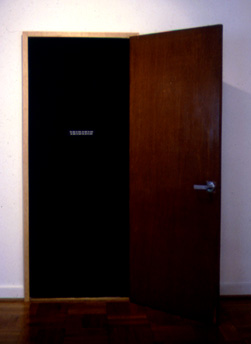 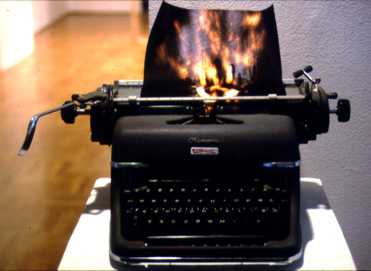 Torch, made with a found "Olympia" typewriter

Backgrounds of the Artists

Karlheinz Essl was born in Vienna in 1960. He studied at the Wiener Musikhochschule with Friedrich Cerha (composition), Dieter Kaufmann (electro-acoustic music), and Heinrich Schneikart (double bass). At the University of Vienna he studied musicology and wrote his doctoral thesis on "Das Synthese-Denken bei Anton Webern" (1989).

Besides writing instrumental music, Karlheinz Essl also works in the field of electronic music, interactive realtime compositions and sound installations. He develops software environments for algorithmic composition (e.g the Realtime Composition Library for MAX) and acts as a performer and improviser. As a musicologist, he researches mainly about contemporary composition theory in conjunction with its philosophical and sociological implications.

Between 1990-94 Karlheinz Essl was "composer in residence" at the Darmstädter Ferienkurse für Neue Musik. In 1992/93 he was working on a commission at IRCAM (Paris). He is running a series of New Music concerts at the SCHÖMER-HAUS in Klosterneuburg. Currently he is teaching "Computer Aided Composition" at the Studio for Advanced Music and Media Technology of the Bruckner Conservatory in Linz.

One of the most important aspect of Essl's work is the collaboration with artists from other fields which started with a series of performances called Partikel-Bewegungen together with the visual artist Harald Naegeli (aka "The Sprayer of Zurich"). He was working together with the Austrian writer Andreas Okopenko on the multimedia CD-ROM version of his Hypertext novell Lexikon-Roman which was originally published in 1970 as a printed book. Among other artists with which Essl collaborates are the painter Hermann Nitsch and the architects Carmen Wiederin and Regina Freimüller.

Essl's works have been performed at the most important music festivals in Europe and United States; 1997 he was presented with portrait concerts and sound installations at the Salzburg Festival within the program "Next Generation". He is working with high-class ensembles like the Arditti Quartet (London), Ensemble Modern (Frankfurt), Ensemble InterContemporain (Paris), Klangforum (Vienna) and the Radio Symphony Orchestra of Vienna.

Born in 1954 in Copenhagen, Denmark, Vibeke Sorensen lived in the United States from the age of 3 until her return to Denmark in 1970. She studied at the Royal Academy of Art and Architecture in Copenhagen from 1971-74, and at the Center for Media Study at the State University of New York at Buffalo from 1974-76 .

She is an artist working in experimental new media, including computer graphics and animation. From her early work with hybrid audio-video synthesizers in the early 1970's, through her long engagement with three-dimensional computer graphics, to her present internet based pieces, she has created a series of prints, installations, films, and interactive works while experimenting with and contributing to the development of new systems and methods. Her work has been shown internationally on broadcast and cable television, in galleries, in museums, and in live performance.

Her pieces primarily focus on the exploration of subjective space and time, including personal and cultural memory, dream, and perception. Her stereoscopic work "Maya" (1993), has been shown widely and is the subject of a major article in the Journal ISAST Leonardo. In 1996, Sorensen was commissioned by Absolut to create a new stereoscopic piece for their Absolut Panushka website celebrating experimental animation. Sorensen has also had a long engagement in visual/musical works, including MindShipMind, and her project The Global Visual Music Jam Session, a collaboration with composer Rand Steiger and computer scientist Miller Puckette. Supported by a three year grant from Intel, awarded in 1996, they have been developing a new system for networked, real-time computer animation and music, and experimenting with the effects of distance and latency on improvisational performance.

As asserted in her published articles on art and science, her strong conviction that artists have an important role to play both as critics and as innovators in the development of technology has led to many interdisciplinary research collaborations. She has worked with University of Southern California chemistry professor Dr. Mark Thompson since 1996 on the development of new display technology, supported by a grant from the Annenberg Center for Communication. She combined this work in a new set of installations along with MindShipMind in a solo show "Reconstructed Thoughts" at the Sweeney Gallery in 1998. From 1989-91, she received a National Science Foundation Grant for research in Interactive Stereoscopic Animation and Virtual Reality at the San Diego Supercomputer Center. Together with crystallographer Dr. Lynn Teneyck and computer scientist Phil Mercurio, they developed a real-time interactive system which she used to create Maya, subsequently used by scientists to visualize complex dynamic data. She was a Visiting Associate in Computer Science at Caltech from 1984-89, where she collaborated with computer scientists developing many of the fundamental algorithms for computer graphics. Among the many images she created during this period, "Fish and Chips" has been widely published, including in Newsweek Magazine, Encyclopedia Britannica ("Art of the 1980's") and on the cover of the book Digital Visions, by Cynthia Goodman.

Sorensen created programs and developed facilities for computer art at Virginia Commonwealth University (1980-83), Art Center College of Design in Pasadena, California (1983-85), and California Institute of the Arts (1984-94). She also worked with Professor David Dobkin of the Princeton University Computer Science Department to create interdisciplinary courses and facilities for art and computer science students (1990-93). She is currently Professor and Chair of the Division of Animation and Digital Arts in the School of Cinema-Television at USC.